ARE YOU READY TO TAKE YOUR LIFE, MINISTRY, AND FINANCES TO THE NEXT LEVEL?

How to Increase Your Impact and Income

As a Public Speaker, Author, Coach or Online Influencer

JOIN US & LEARN HOW TO

And Much, Much More! 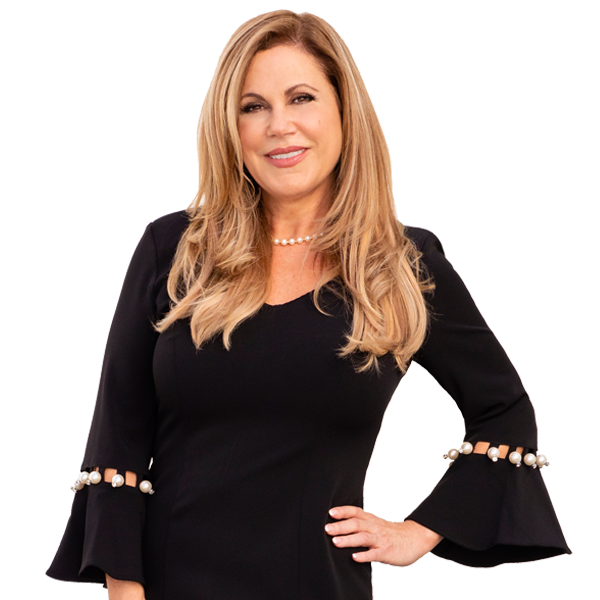 Who Is Tamara Lowe?

Tamara Lowe is recognized as one of the world’s most successful speakers and consultants, having trained more than 4,000,000 people in 75 countries.

She is a New York Times bestselling author, and as the founder of Get Motivated Business Seminars, she built her company from zero to $100,000,000 and produced America’s largest seminars for more than twenty years.

Tamara has worked with six past US presidents, as well as countless Olympic athletes, heads of state, and global evangelists, including...

"Tamara Lowe has a passion for souls and a mind for business.”
​

“Tamara Lowe’s work with world leaders and entrepreneurs exemplifies the best of the human spirit.”

“Tamara Lowe is a motivator who empowers others to succeed.”
​

You Will Probably DOUBT What
I'm About To Tell You...

I'm about to make a bold claim.

And when I make it, I full expect you to think to yourself, "yeah right..."

Because we live in a world of hype. OF OVERWHELMING PROMISES... and underwhelming delivery.

A world where anyone can PROMISE to change your life.

But very few can actually do it.

So of course you should doubt me when I tell you that,

"IF you attend Kingdom Builders Live 2021... I will show you how to double your income... get vocational clarity... and launch a successful six-figure ministry as an author, coach, public speaker or online influencer"

After all, anyone can claim that!

So what makes me different?

(2) I have personally worked with the greatest "influencers" of our time (see above testimonials from George W. Bush, Margaret Thatcher, and my good friend Dr. Billy Graham), and thus got a "behind the curtains" look at how they run their businesses and lives

(3) I did it last year. By "it" I mean, I put on a live event that utterly changed the lives of those who came. Here's what happened...

The Miracle at The Marriott

I had made some big promises leading up to the event.

For example, I had promised to teach everyone who showed up a play-by-play strategy me and my team have developed… for building a 90-day coaching program, launching it, and grossing $10,000-$20,000+ within 30 days. And then how to use that initial success to transition to a six-figure career as an author, coach, public speaker or online entrepreneur.

When people showed up at the hotel room it was clear they were skeptical... and nervous. Many questioned: “can I really do this?” “Am I really cut out to live this kind of life? To be this successful?”

But by the end of the event, it was clear that doubt had vanished from the room... like a puff of steam into cold air.

Fear had been turned to faith.

And to call the event a “success” would be a huge understatement.

It helped several dozen people turn a corner in their lives. By teaching them a highly profitable skill they can now use over and over again for the rest of their lives… to create a huge impact AND income doing what they feel called to do.

In the weeks following the event, emails, Facebook posts and phone calls poured into my business… telling stories of how...

...and ever since this "miracle at the Marriott" took place, thousands have been eagerly awaiting my next live event.

And that is what I am announcing today:

My next live event!

BUT YOU SHOULD KNOW...

I am making two MAJOR changes to this year's live event:

(1) It will be online, instead of in-person... given the circumstances with COVID

But for now the important thing for you to hear is...

You should really grab a ticket NOW

before I change my mind

You can grab a ticket by filling out the form below:

I have three reasons for making my event free this year:

(1) It's going to cost a lot less to run the event this year, seeing as it is online and thus I don't have to pay for venue, catering, handouts, sound equipment, etc.

(2) I have created an optional, $97 VIP-tier to help offset the remaining cost of running the event... which you can upgrade to if you want a couple extra bells and whistles. It's completely optional, and frankly I suspect most people will pass on this - but there are some cool benefits of upgrading to VIP, which I'll explain after you register for the event

(3) I have been sensing that it is time for my business to enter a new phase. Up till now I have invested a lot of time and money into making our community awesome... and now I am looking to get the word out about my organization as far as possible. So to that end... I want to do something SO helpful, and SO valuable... that my current students almost can't help but tell their friends! And I figure what better way to do that, than to take a $1,000 live event and make it FREE...

My team and I have been working around the clock for several months now, to make sure this online event is an experience you and your friends will never forget.

Here's just some of what we'll be packing into the 3 days of training...

At this landmark online event you will learn...

... and that's just to whet your appetite.

I will be covering SO much more at the actual event.

If you thought my earlier description of LaunchPad sounded good... holy moly, just wait until you show up to Kingdom Builders Live!

So grab your calendar and block off January 13 - 15 right now.

And then what are you waiting for:

Admission tickets to this $1,000 event are currently FREE.

Grab your ticket NOW... before I change my mind!

​When These 18 People Followed My 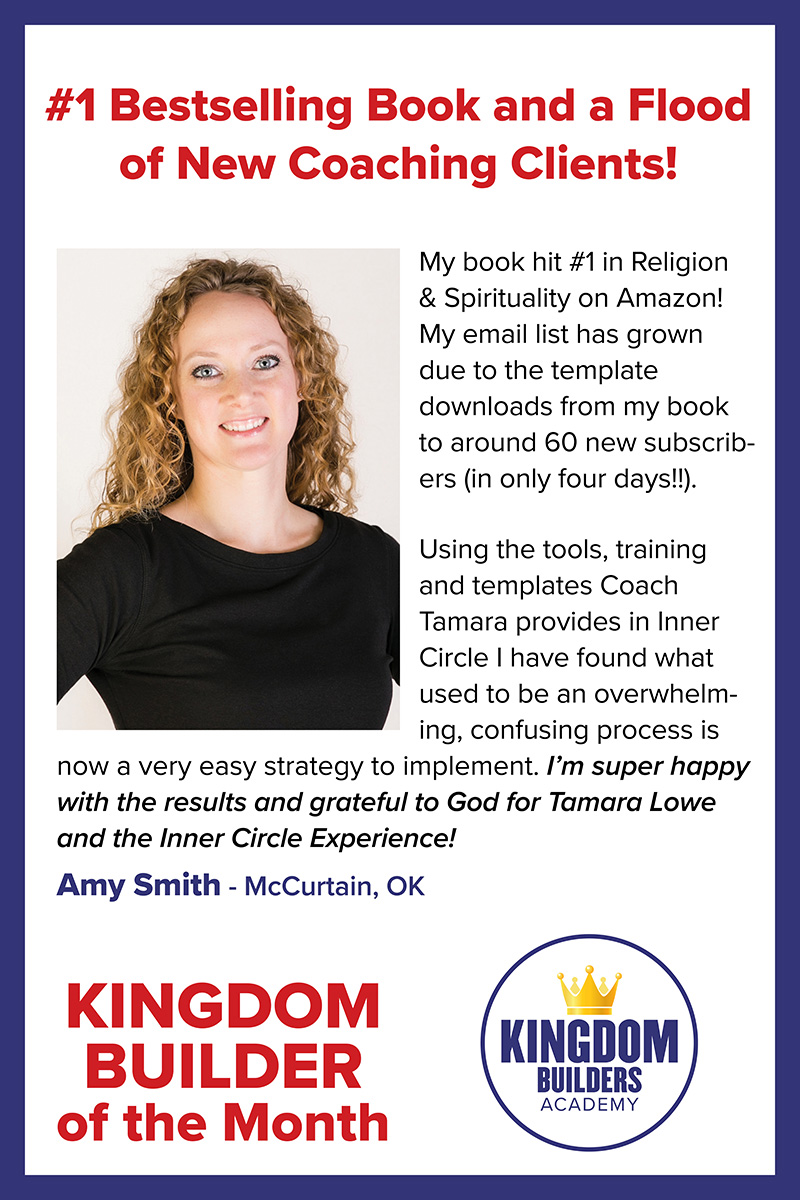 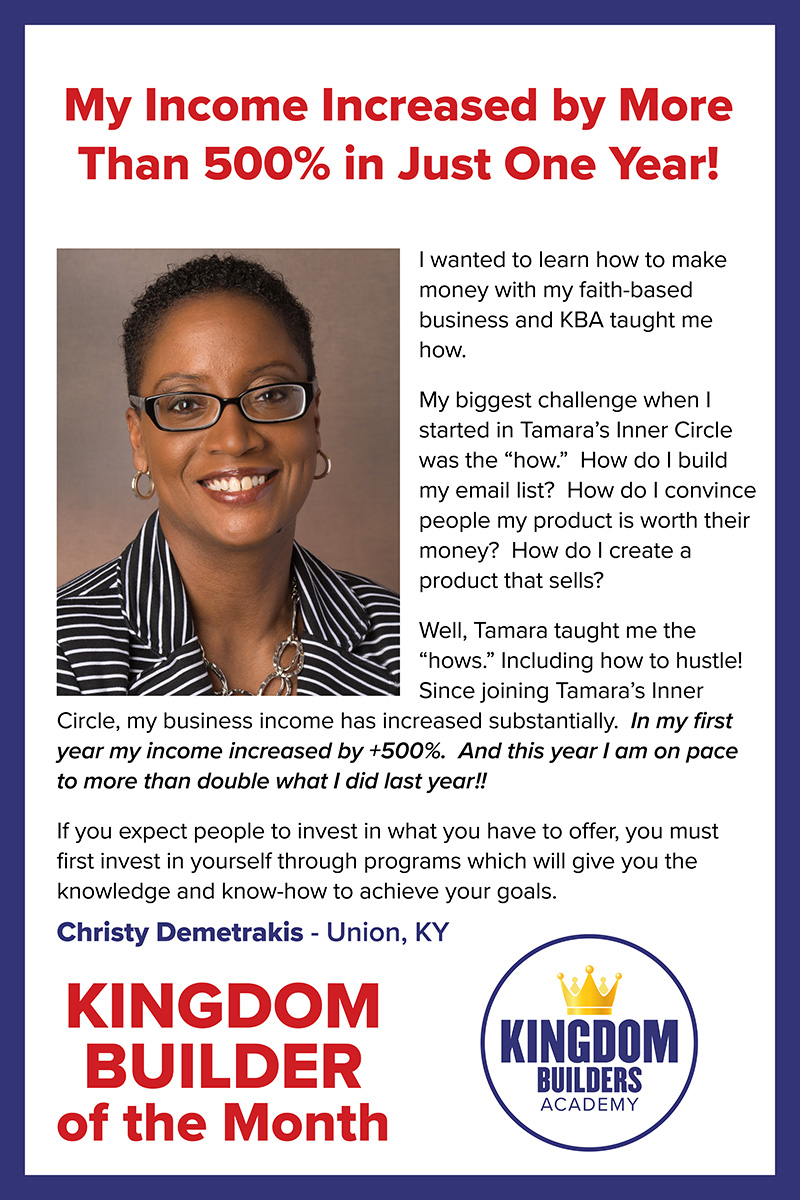 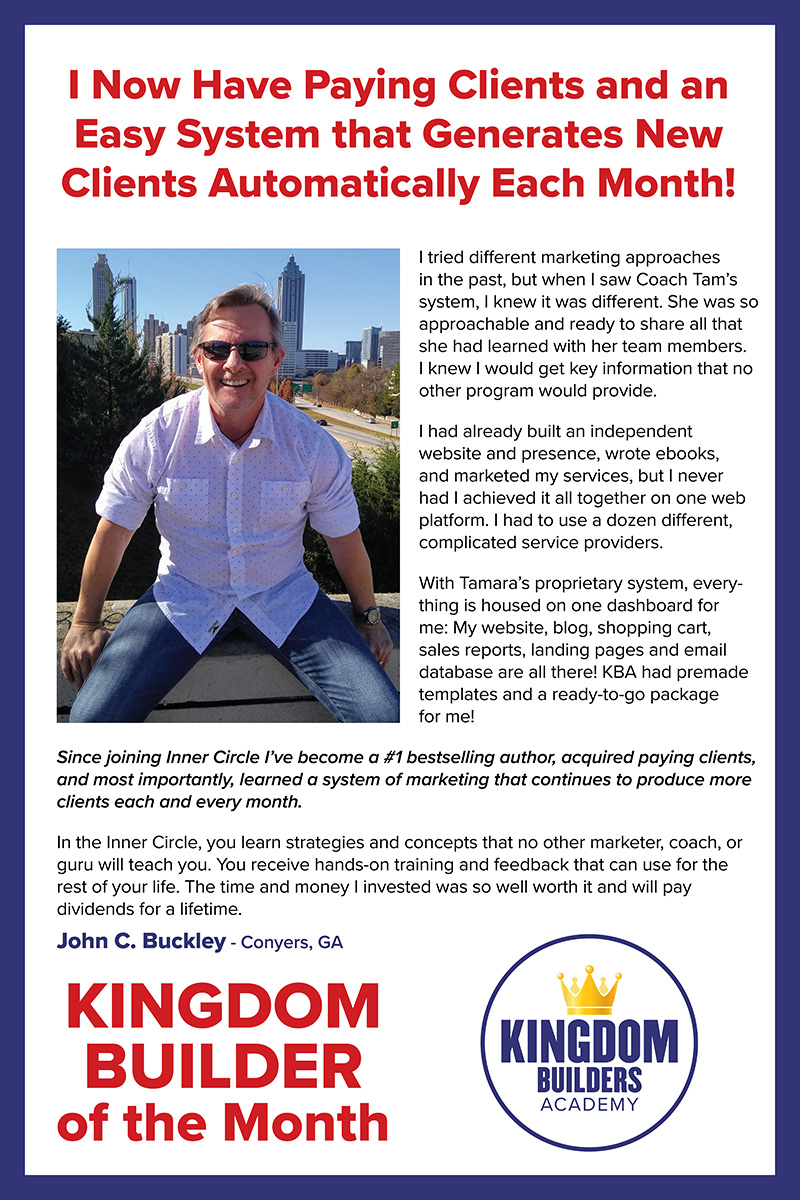 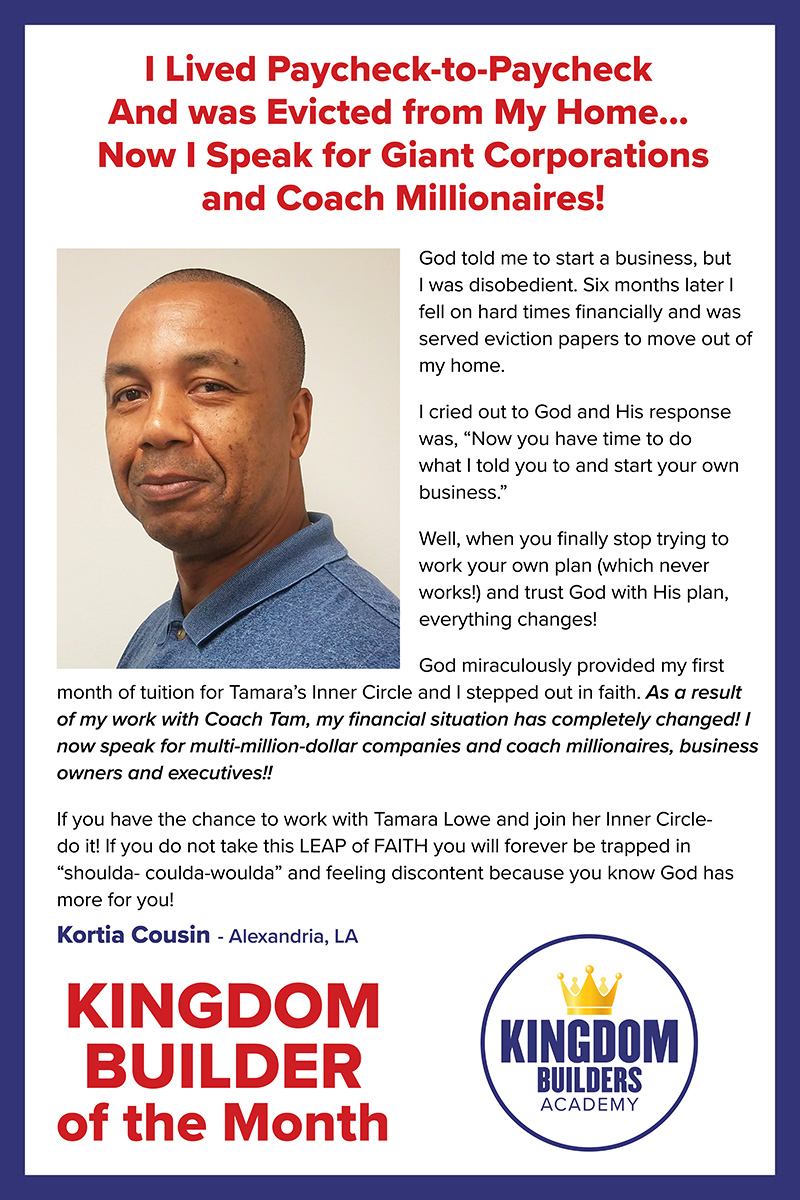 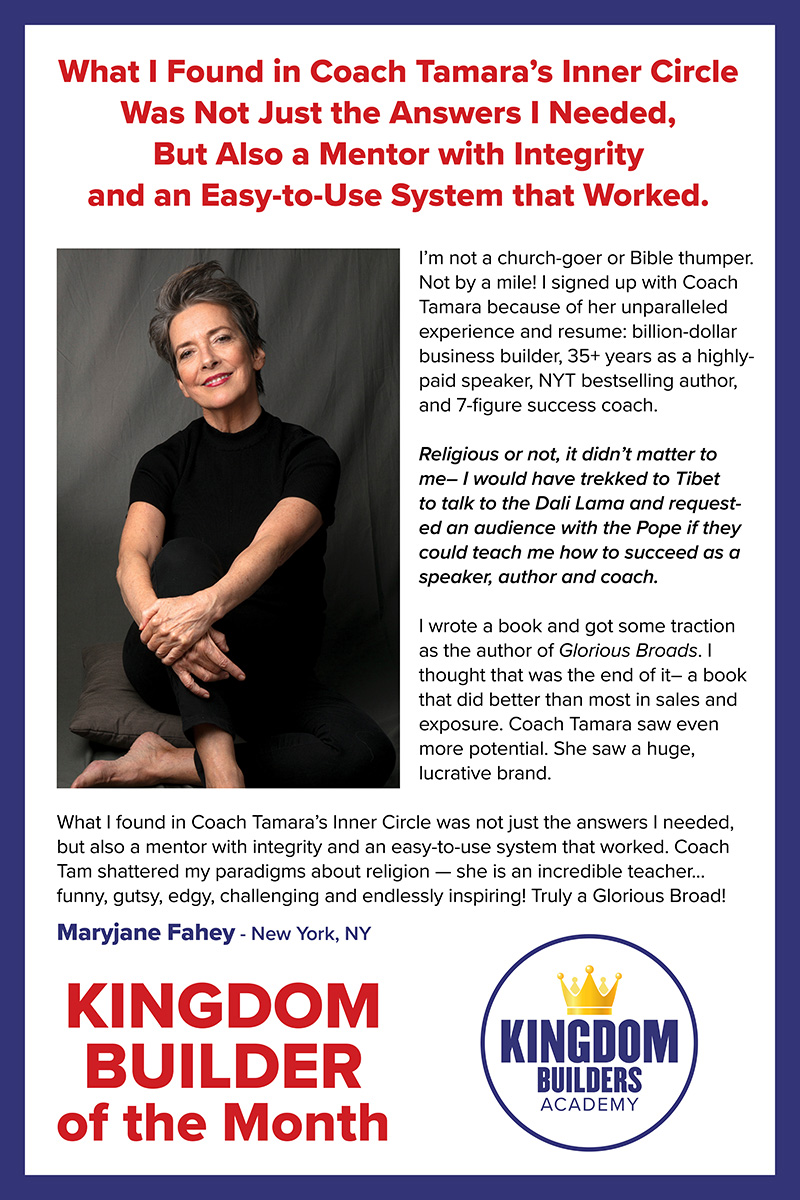 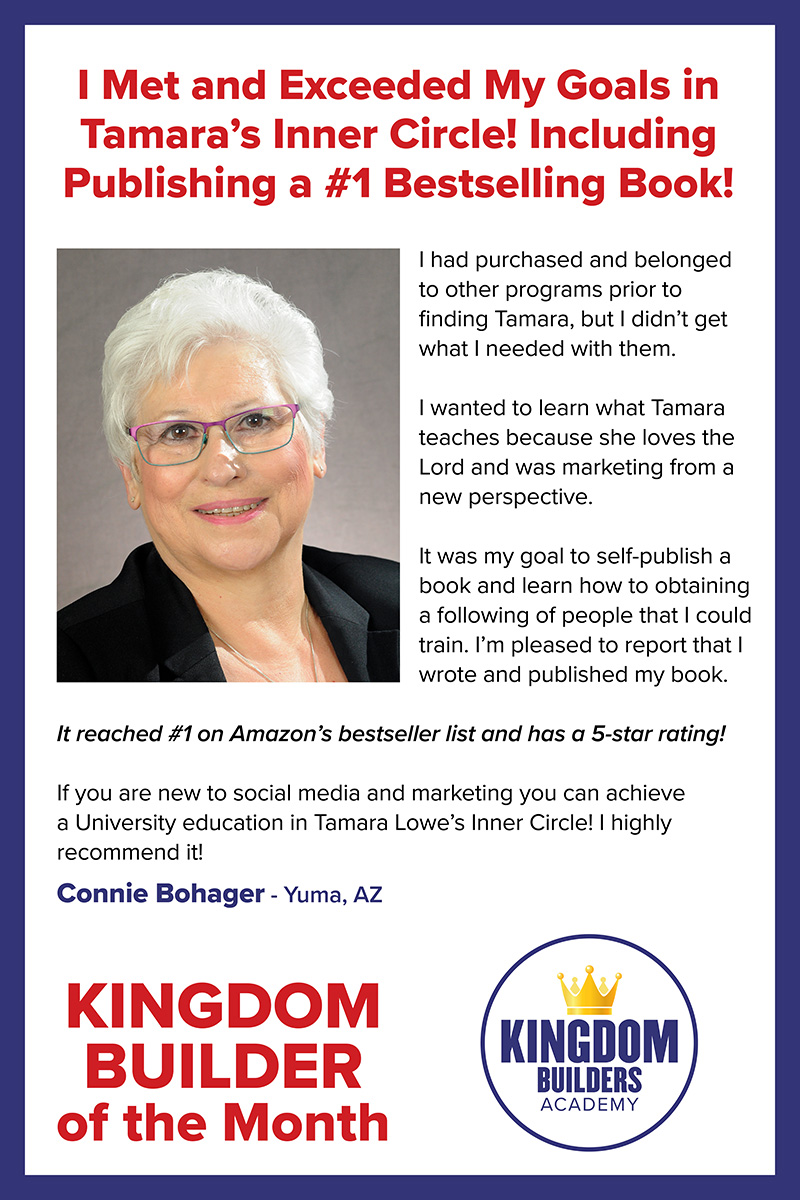 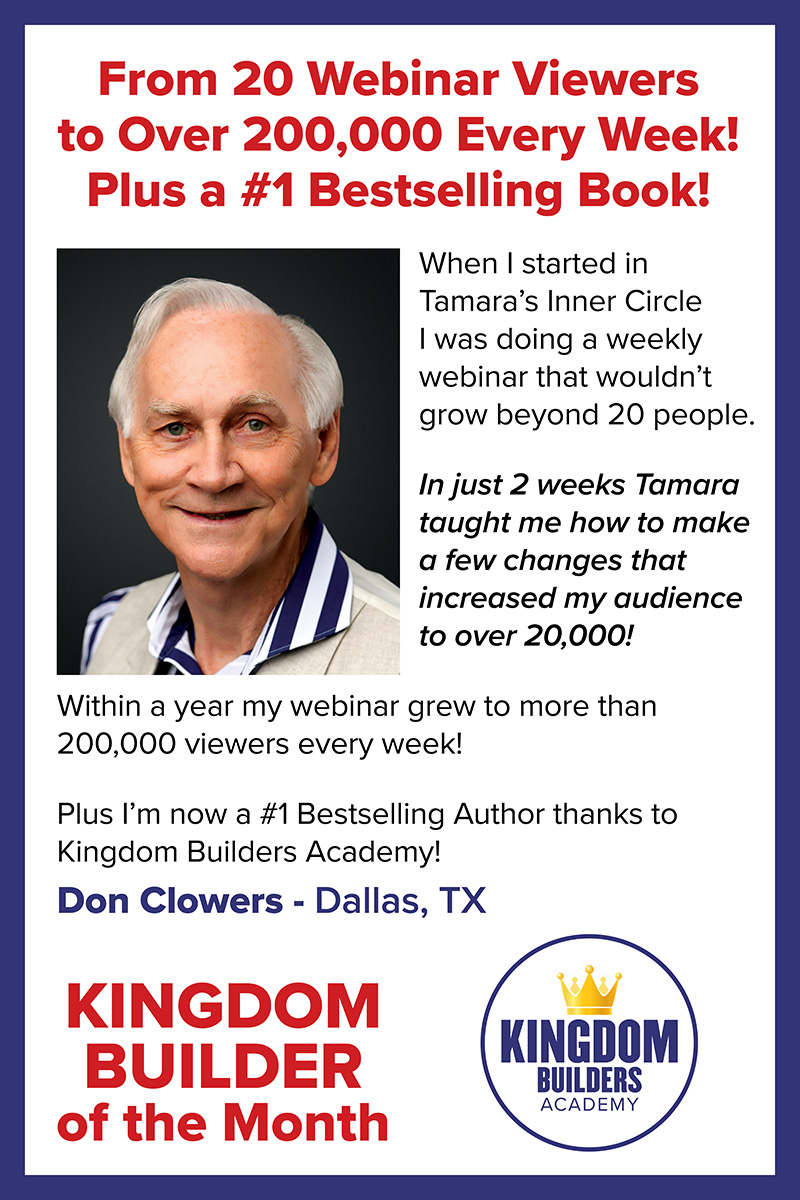 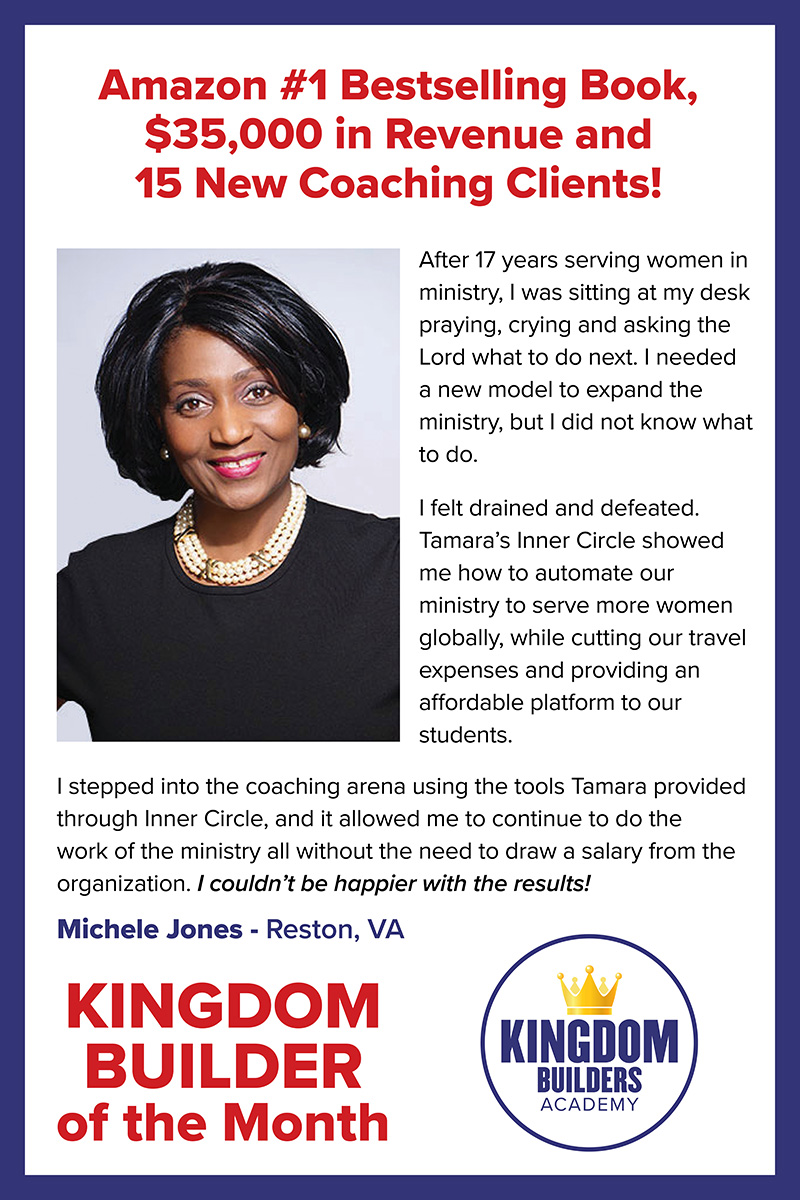 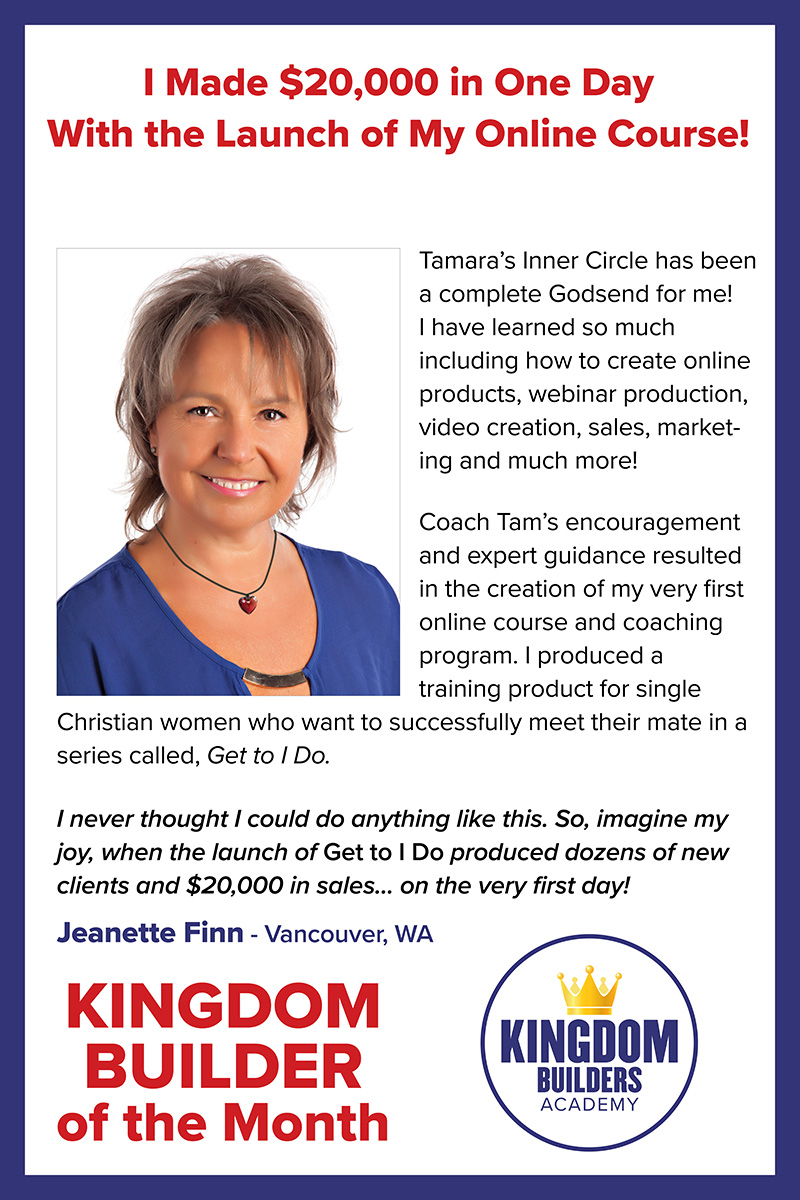 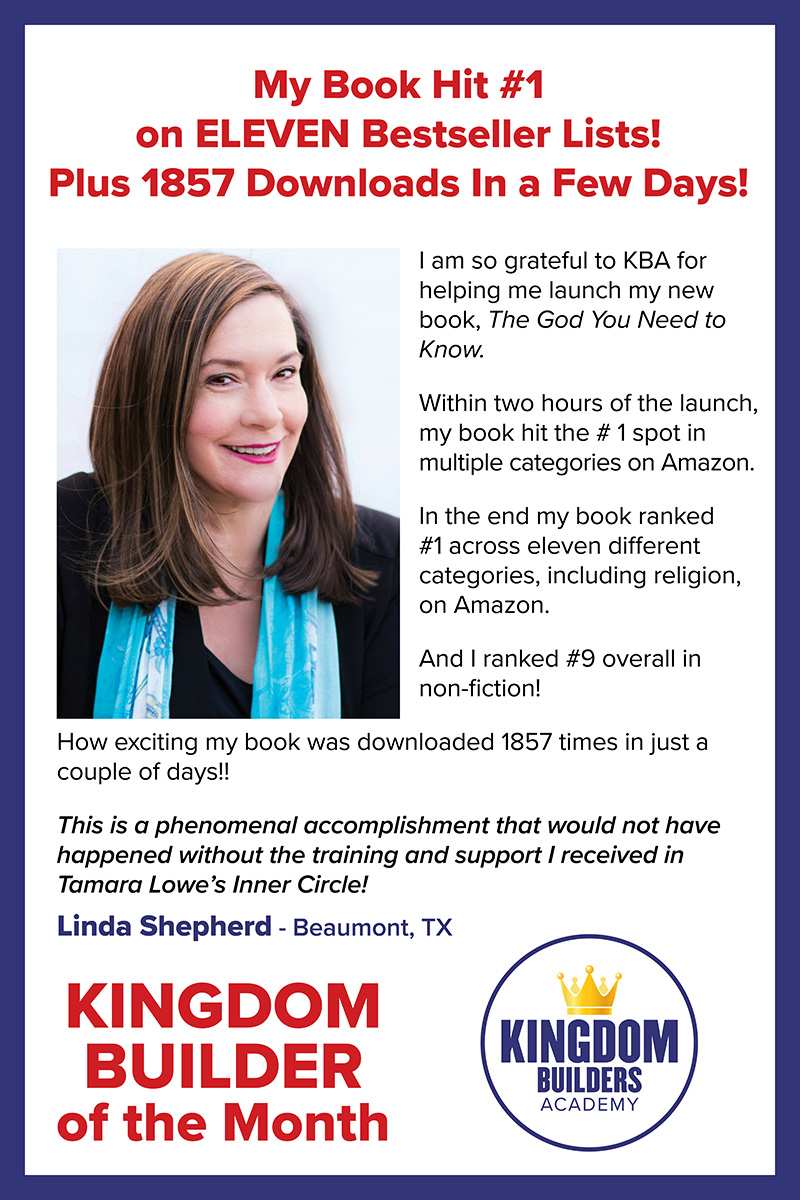 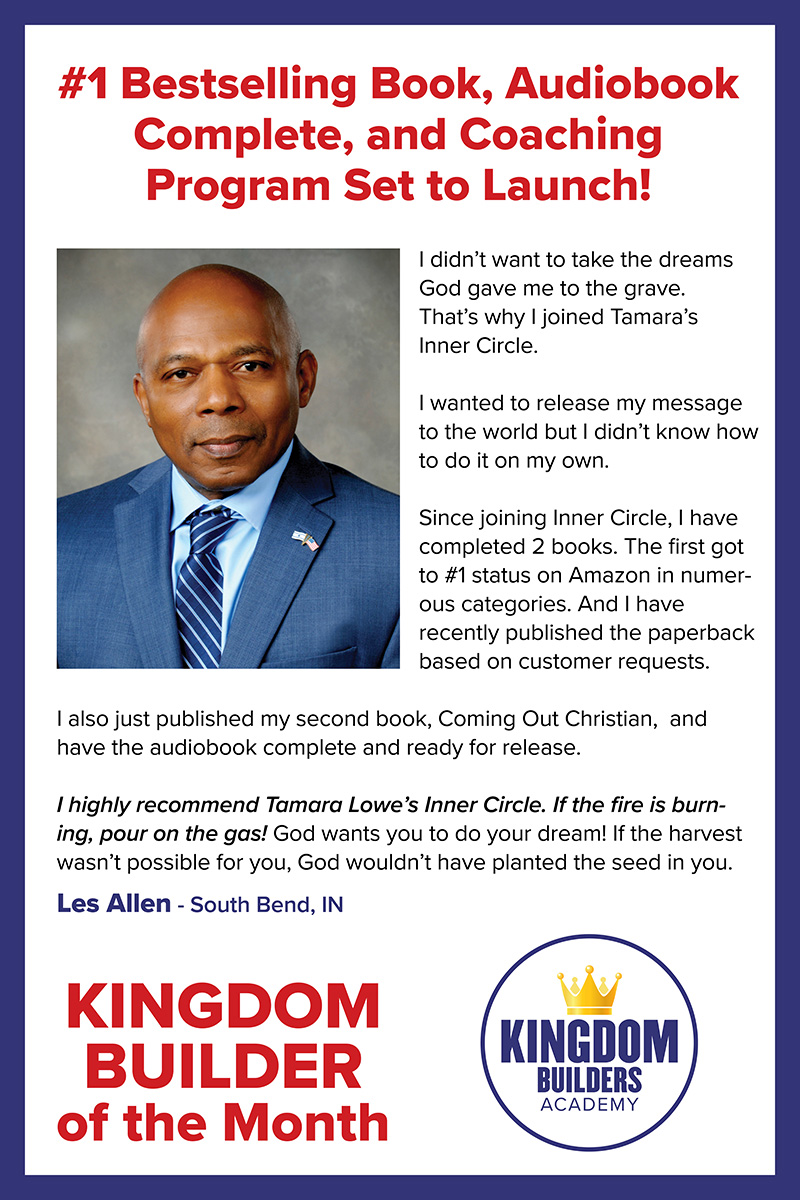 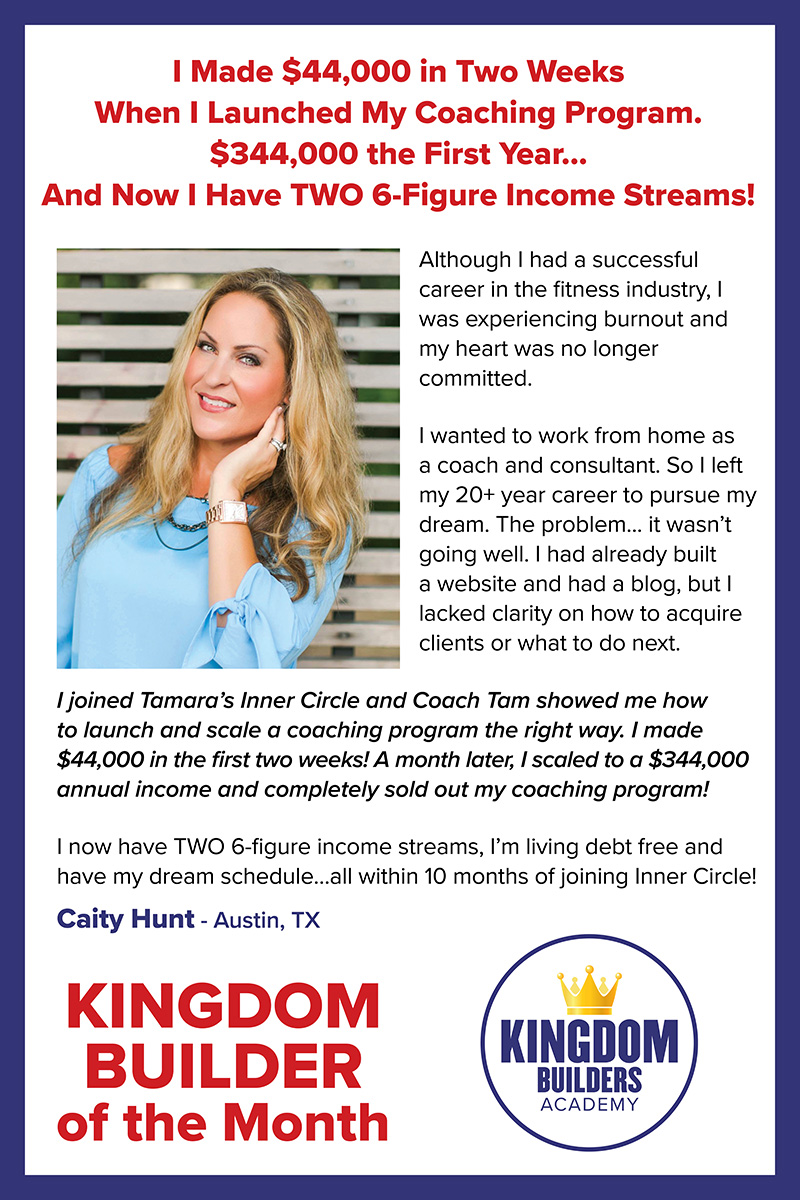 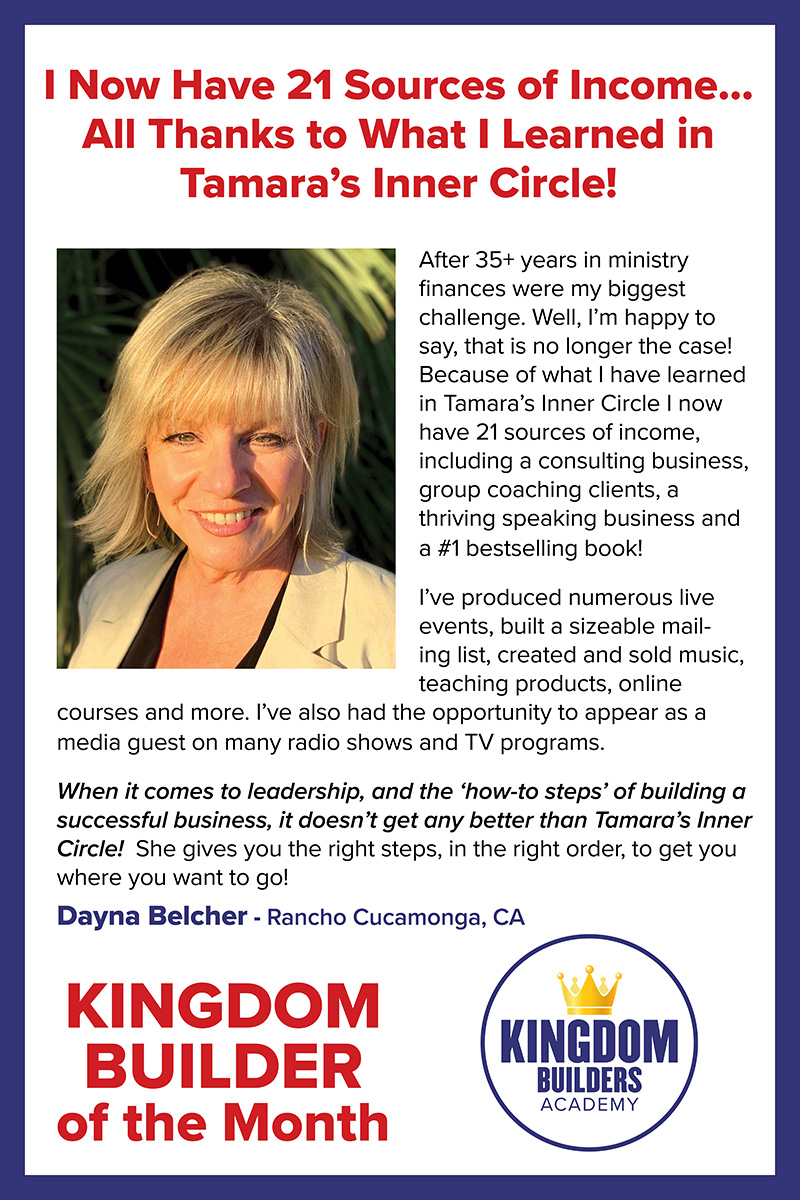 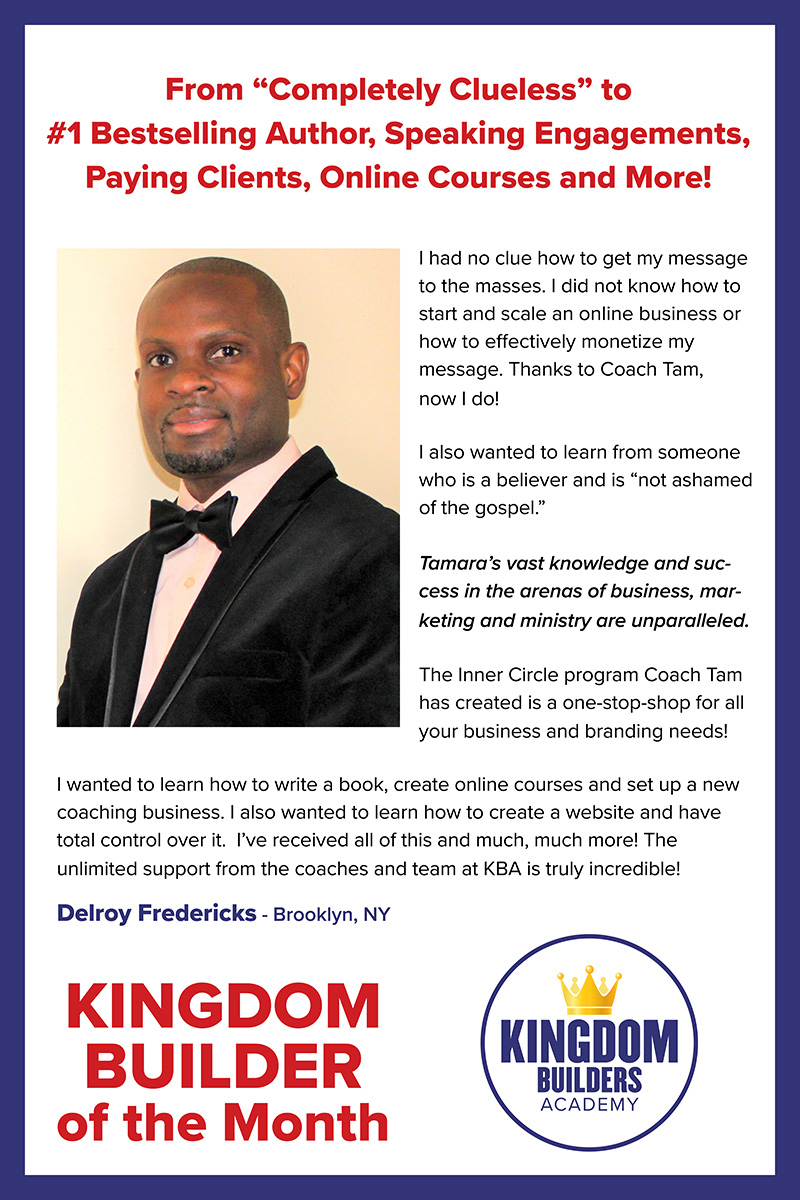 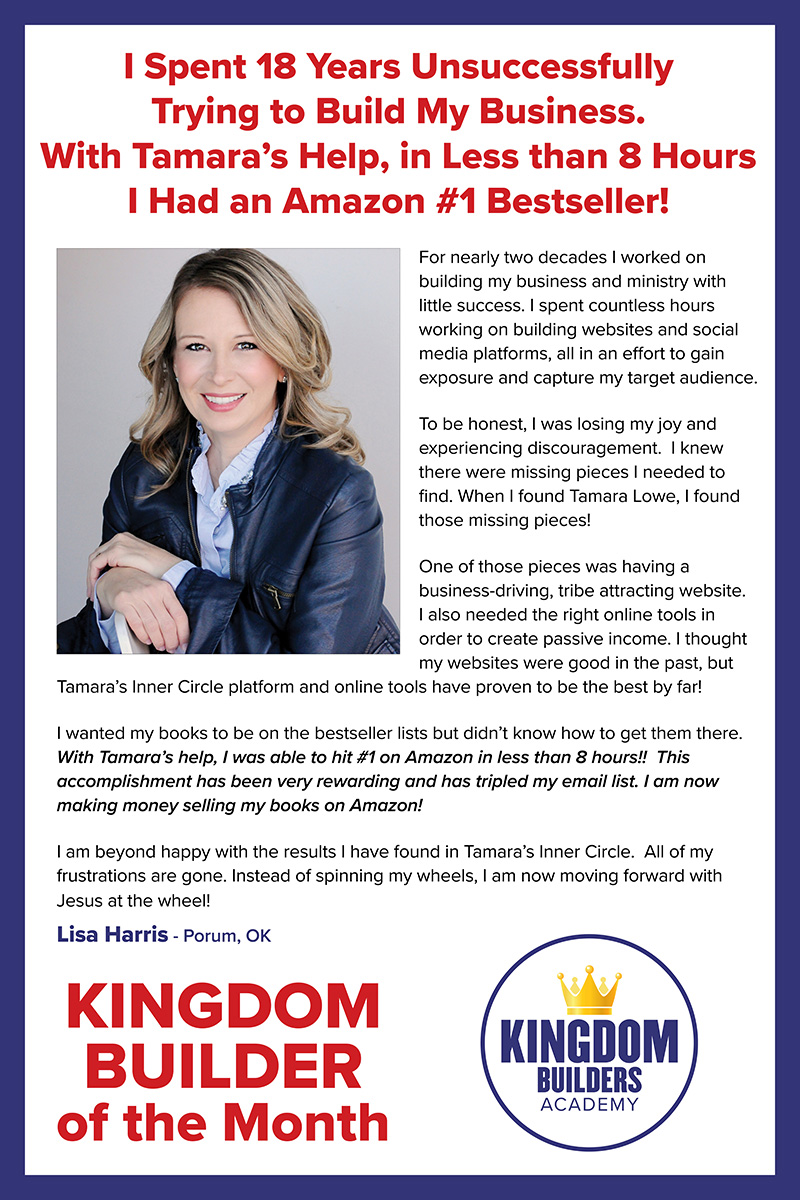 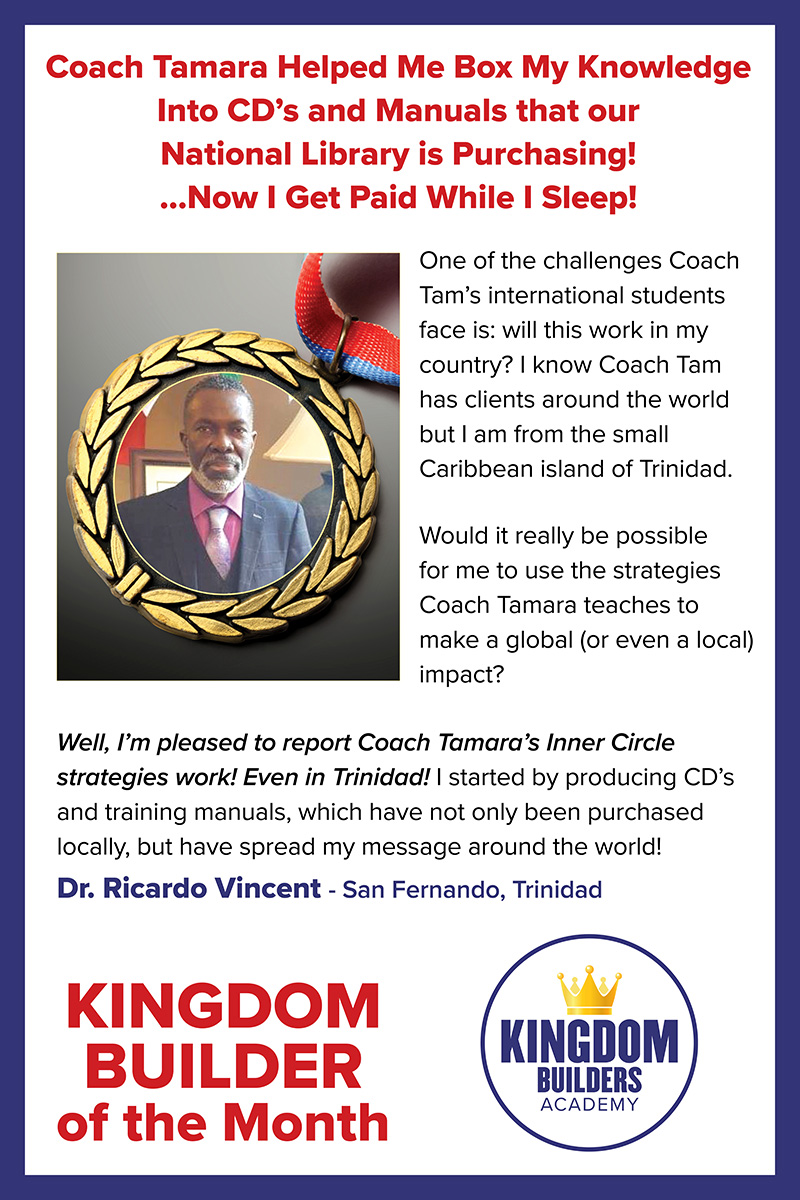 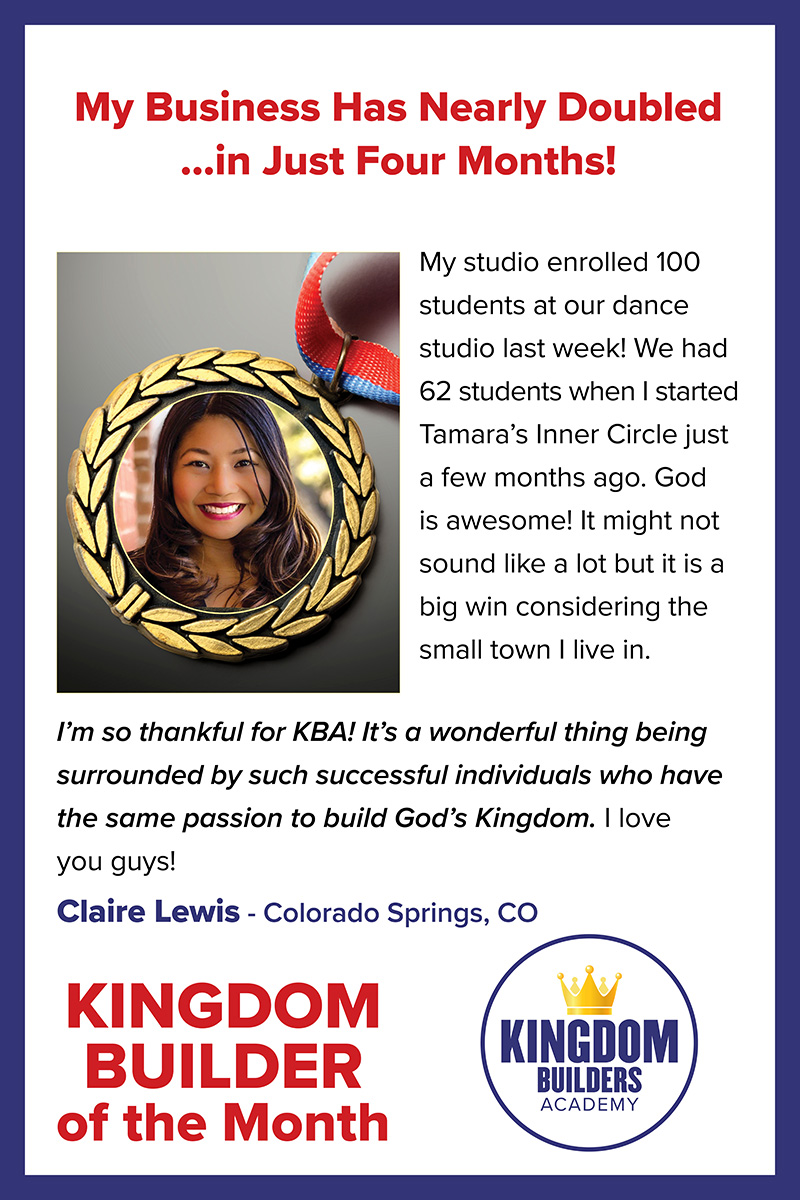 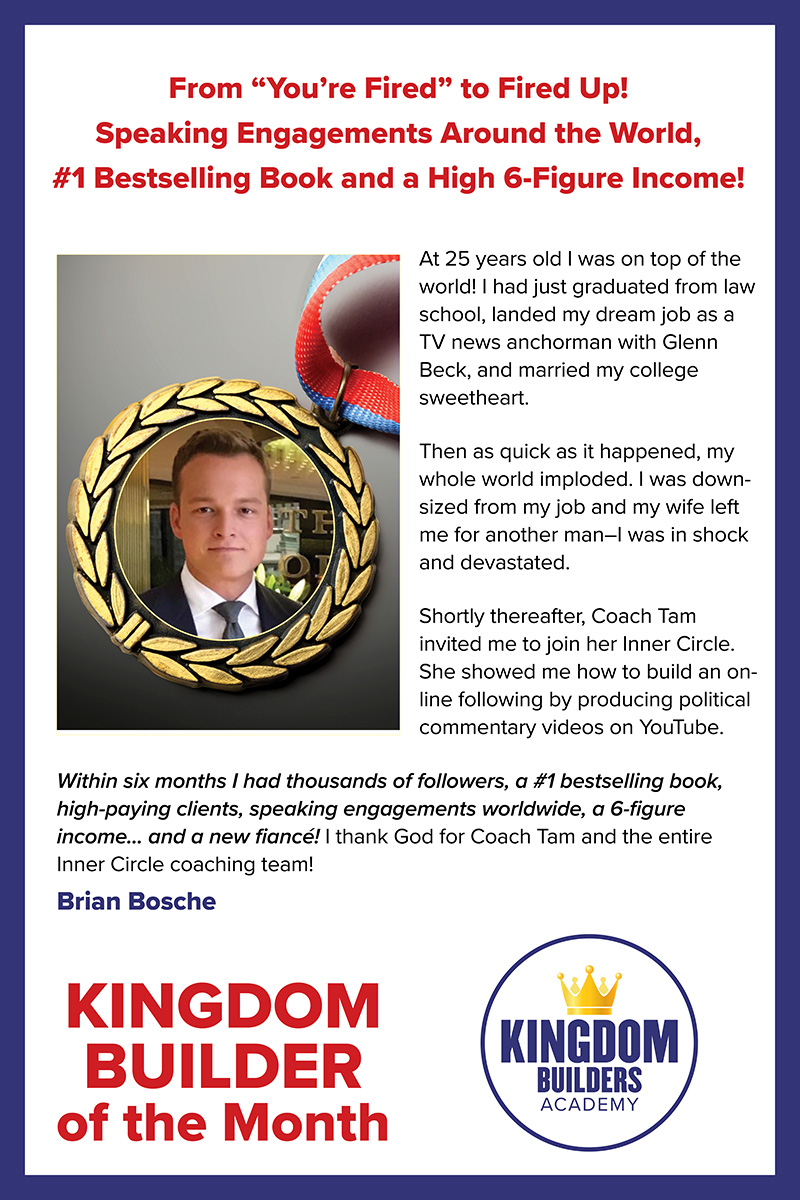